HADITH HATERS & HADITH DENIERS: A RESPONSE FROM THE QURAN

WHAT DOES THE QUR’AN MEAN by SAYING that it EXPLAINS ALL THINGS?

A Refutation of those who Attack Hadith

Hadith deniers are not a new product of modern day western civilization but have been unsuccessfully chipping at this post for a long time. Now with the advent of the internet they have a wider audience than before.

In 1861 a Christian missionary writer named William Muir wrote a book titled THE LIFE of MAHOMET in which he attacked Hadith. A famous Muslim scholar of the time, Sir Sayyid Ahmed Khan answered Muir in detail. Unfortunately Sir Sayyid was himself a great admirer of British power and was deeply overawed by the majesty of the British Empire. He gradually succumbed to Muir’s attack and start casting doubts on some segments Hadith. Gradually he narrowed down the efficacy of Hadith to a very few aspects of life.

Through Sir Sayyid’s influence on westernized Indian Muslims, the attack on Hadith gradually entered the mentally defeated segment of what we today call the Pakistani elites or the Pakistani ruling class.

In 1896 a Jewish scholar named Goldziher launched a massive attack on Hadith in his publication Muhammedanische Studien. It was not translated into English until 1967 but in 1950, its major thesis was taken up and built on by another Jewish scholar Joseph Schacht in his book ORIGINS OF MUHAMMADAN JURISPRUDENCE.

Under the influence of Sir Sayyid, a number of writers under severe inferiority complex to the west emerged. The most important of these was Ghulam Ahmed Pervez who carried out systematic and scurrilous attacks on Hadith. His magazine Tolu-e-Islam, started in 1938, became a rallying point for anti-Hadith writings with a clear pro-government bias.

In the 1960s came Dr. Fazlur Rahman who carried out a more sophisticated attack on Hadith.

All these anti-Hadith efforts were tackled by scholars of various schools of Islamic thought in Pakistan. Abul Ala Maudoodi was the most famous of these but there were others whose rebuttal of the anti-Hadith people was more far reaching than his. [Maudoodi was too polite towards the attackers.]

IF THE QUR’AN CONTAINS EVERYTHING and HADITH IS NOT NEEDED ….

So the Qur’an does not mention the punishment for rape. It’s given in Hadith. [My book LIBERATION of WOMEN THRU ISLAM is the only book in English which gives the Hadith on rape.] Qur’an and Hadith have always been together.

So let’s look at the verses of the Qur’an which are misused by the Pervaizi cult and other anti-Hadith people.

This is one of the verses which the “Qur’an Only” cult [Pervaizis] keep repeating. They quote it as follows:

Actually the whole verse is as follows:

[Note the extra-Qur’anic role of the Prophet, pbuh, as witness against his people. If Muslims are Muhammad’s, pbuh, people, then he, as leader through his teachings, is a witness against them till the Day of Judgment.]

NOW FOCUS ON THE WORDS “explaining all things” [“tibyaanal-li-kulli shay’in” in Arabic.] Does this mean that the Qur’an covers every possible issue and leaves nothing out, with emphasis on ALL?

Other verses of the Qur’an indicate that this is an idiom which indicates that fundamental or generic issues of a great variety are covered. Seminal issues are covered. For instance, harshness towards women is forbidden, as in Sura Nisa. But it does not mean that EVERYTHING is in the Qur’an.

Let’s understand this terminology from the Qur’an itself. For instance, about the Tablets or Commandments given to Moses, the Qur’an uses just about the same words:

“And we ordained for him in the Tablets in ALL MATTERS, admonition and EXPLANATION of ALL THINGS, (and said): “Take and hold these with firmness, and enjoin thy people to hold fast by the best in the precepts: Soon shall I show you the homes of the wicked.’ ” [7:145]

[The Arabic for the words I have put in capitals is “min kulli shay’in’ and “tafsillal-li-kulli shay.”]

Evidently ALL things could not possibly be written on explained on the Tablets. It is simply idiomatic expression for essentials and fundamentals.

Now focus on the word ALL [kull in Arabic]. Does it mean LITERALLY ALL and EVERYTHING in Arabic? Let’s see what the Qur’an says:

“And thy Lord taught the Bee to build its cells in hills, on trees, and in habitations: Then to eat of ALL [“kull’] of the fruits (of the earth) and follow the ways of thy Lord made smooth… [to the end of the verse]” [16:68-69]

Obviously the ALL here is idiomatic and not to be taken literally. No Bee can possibly eat of ALL the fruits, literally.

“And proclaim the Pilgrimage among men: they will come to thee on foot and on EVERY {“kull} camel lean, through deep and distant highways.” [22:27]

Again the word EVERY camel has to be idiomatic. It cannot be taken literally to mean that every possible camel will be ridden by the pilgrims!

In the story of the Queen of Sheba (known as Bilqis), the Hoopoe says:

“I found a woman ruling over them and provided with EVERY THING {“kull sha’yi”}, and she has a magnificent throne.” [27:23]

Evidently Bilqis did not LITERALLY have every thing. It is an idiom to indicate that she has all the fundamental riches of the world.

To conclude this section, the Qur’an includes ALL the fundamental and seminal issues which humanity needs but there are many important things not in it which were taught by the Prophet (pbuh.)

[Also, once Qur’an and Hadith are understood they can be used as basis for Islamic understanding, BUT BOTH do not cover many things for which ijtihad, qiyas, and many other forms of reasoning are needed.]

The Hadith of the Prophet (pbuh) explain how Muhammad (pbuh) understood and implemented the verses of the Qur’an. Everything he taught is as much a part of Islam as is anything in the Qur’an.

Rape was defined and punished by the Prophet (pbuh) and he also indicated that the woman’s word be accepted and the man be punished after proper investigation for rape. It’s in the Hadith, NOT in the Qur’an. The Prophet’s pbuh word, in authentic Hadith, is LAW in Islam as much as the Qur’an is. 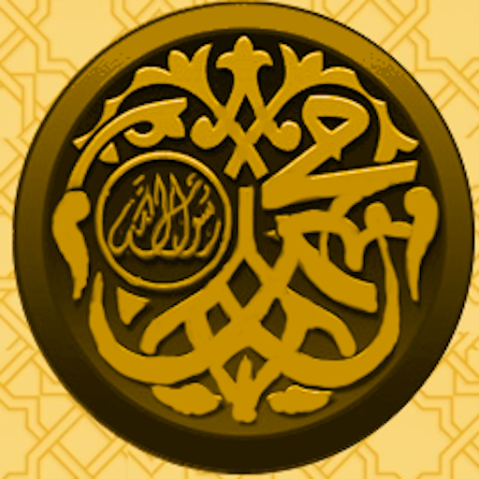 5 responses to “HADITH HATERS & HADITH DENIERS: A RESPONSE FROM THE QURAN”