Archive | FEMALE SCHOLARS OF HADITH RSS for this section
December 17, 2012 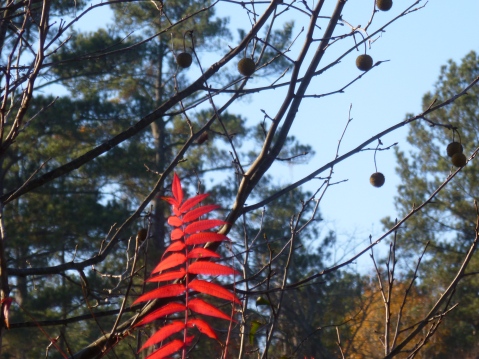 Authentic Islam as seen by a woman: Asma, r.a., the daughter of Abu Bakr, r,a.

“And their Lord has accepted of them, and answered them: ‘Never will I allow to be lost the work of any of you, be ye male or female: You are one body …” [The Qur’an 3:195]

Excerpt from a Jumma Khutbah given by  Dr. Kaukab Siddique in Masjid Jamaat a-Muslimeen in Baltimore.
Some points are mentioned here:

Is it time to recognize the “muslim” Rosa Parks? 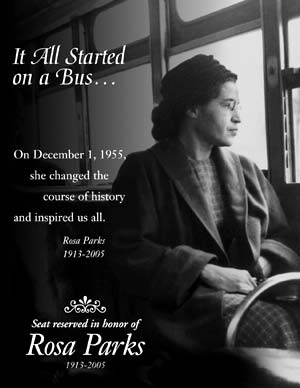 December 1, 1955. That was the day when an unknown seamstress in Montgomery, Alabama refused to give up her bus seat to a white passenger beginning the Civil Rights Movement

An African-American family I know stood for six hours in line for a final view of Rosa Parks before her burial. A simple, peaceful act of non-compliance with an oppressive law made this seemingly ordinary woman famous. The symbolism of her gesture [or non-gesture] caught the public imagination.

Rosa Parks was a kindly, soft-spoken woman but she knew what was right and was willing to stand [sit] for it. She refused to give up her seat in the bus to a White man and would not go to the back of the bus where the “law” said she belonged.

Segregation is a thing of the past but institutional racism refuses to go away. In spite of laws to the contrary, most American cities are unofficially segregated, with Black areas and White areas, blurred increasingly by Hispanic and Asiatic areas. Even churches remain Black and {largely} White churches.

There are no signs saying, “Whites only” but the “class” component of racism persists, and the aftermath of Katrina brought out the reality of institutional racism.

Within this American imbroglio, the power of Islam is emerging, slowly but surely. American women are saying a clear NO to the power of Madison Avenue, Hollywood and even Wall Street. I spoke at a mosque in Philadelphia and tried to explain the misunderstandings, which are prevalent in America about Afghanistan.

At this a woman got up and said: Bush should stop attacking the Taliban for making Afghan women wear the burqa. We are wearing it right here in Philadelphia.

Sure enough, she was wearing a head to foot covering but it did not stop her from being eloquent.

Eid prayers in Philadelphia and other big cities bring out the power of Islam in America. If Bush and Wolfowitz were to see the serried ranks of Muslim women in full hijab on these occasions, they would probably have nightmares about an end to their efforts to “liberate” women.

The history of Islam is replete with examples of women who stood up to power because they had faith in Allah and loved the messenger of Allah, Muhammad, peace be on him.

It’s not strange that the first person to advise and encourage Muhammad, pbuh, about the authenticity of his mission was his wife Khadija, r.a., who put her entire capital at his disposal. Here are a few salient examples we should recognize and honor:

In our own times, Chechen, Palestinian, Iraqi, Sudanese, Nigerian, Somali, Kashmiri, Pakistani, Afghan, African-American women devoted to the message of the Qur’an and the example of the Messenger, pbuh, have made great sacrifices to fight oppression, exploitation and imperialism/Zionism/occupation.

It’s about time we recognized our “Rosa Parks.” 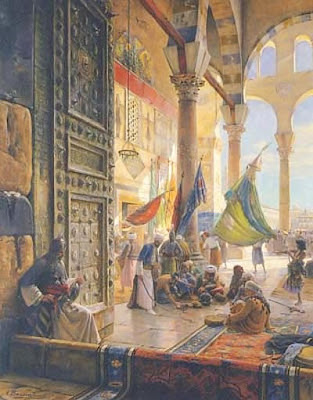 Forecourt of the Ummayad Mosque in Damascus, 1890: Courtesy : http://gustav-bauernfeind.blogspot.com

She was a  lady hadith scholar from Syria who lived in Damascus and studied with Abu Bakr Al Mizzi and other scholars.

She had a large number of ijåzas (PhD equivalent Degrees) from Hadith Scholars both men and women. 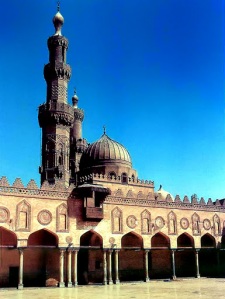 She gave lectures in Syria and then in Cairo

She was a leader among her people and a woman of excellent character.

Excerpt from: Muslim Women, a Biographical Dictionary by Aisha Bewley 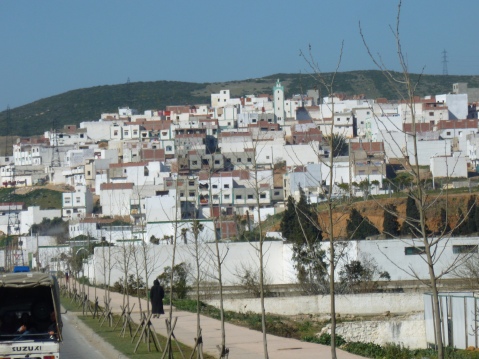 The town today of Tetouan, Morocco.

She was a scholar of the women of Tetouan. ( A city in Morocco)

Her father taught her the sciences of the Quran, Hadith, Arabic and Fiqh. Many women studied with her, and she gave them fatwas 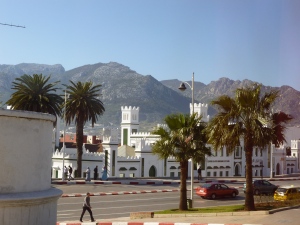 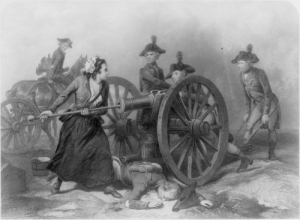 Molly Pitcher fighting in the War of independence against the British.: Courtesy: http://www.brooklynmuseum.org/eascfa/dinner_party/heritage_floor/molly_pitcher.php

1775 The revolutionary war or the war of independence was being fought in North America against the British and American women were fighting for their life and their homes. 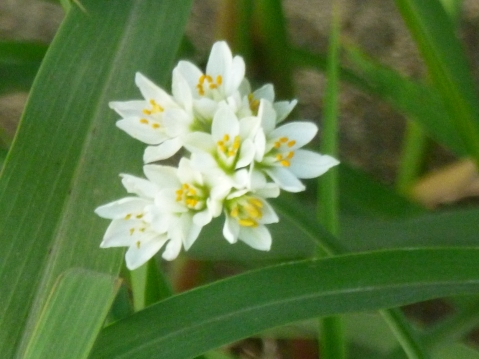 It is said that she was one of the Tabi’un although Ibn Hibban and Ibn Manda considered her to be one of the Companions. (Died 105/723)