WHO WAS IMAM BUKHARI?

Imam Bukhari: The Giant of Hadith Scholarship who stands in way of Attempts to Misinterpret the Qur’an

An Introduction:  for those coming into the faith or rediscovering it again. 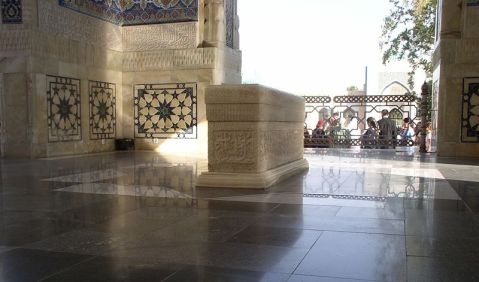 Shawwal 13 is the anniversary of Imam Bukhari’s birth in 194 Hijri. His name is Muhammad and he was known as Abu Abdullah.

“Bukhari” refers to his place of birth, the city of Bukhara, located in Tajikistan, 38 miles west of Samarkand.

I’ll begin with two authentic Hadith of the Prophet Muhammad (pbuh) collected by Imam Bukhari . These teachings are very important in the Islamic culture around the world:

Abu Huraira (Allah be pleased with him) narrates:

The messenger of Allah was asked: Who is deserving of loving care and concern? He (the Prophet) replied:

YOUR MOTHER. And then whom (he was asked). He said:

Your MOTHER. And then? (he was asked) Your Mother (he said). And then? (The questioner continued). He said:

(Abi Bakra, Allah be pleased with him, narrates about Prophet Muhammad, pbuh):

Your blood, your goods and your honor are as much protected and safe (forever) as is this day (of Arafa) in this month (of Hajj). Be aware and those of you who are here (today) should pass this on to those who are not here.

The revolutionary impact of these teachings can be understood if one realizes that Arabia (and the world) was a male dominated society in which there was no concept of basic human rights. The first Hadith puts a woman (the mother) as three times more important than the dominant male. The second hadith gives the protection of Islamic law to life, property and honor (especially the rights of women) and makes these rights as sacred as the holiest days of the Islamic pilgrimage.

Who was the man who made sure that these were authentic teachings of Prophet Muhammad (pbuh) and hence teachings which must be integral to any Islamic community?

Abu Abdullah Muhammad, son of Ismail, al-Bukhari was sharp of intellect with a memory which has had few equals. HE MEMORIZED THE ENTIRE QUR’AN at the AGE OF 9. At the age of 10, he turned his attention to the study of Hadith. At the age of 16, following the performance of Hajj, he decided to stay in Makkah and make the holy city the center of his studies.

A remarkable fact about Imam Bukhari’s early life is that his basic teacher was his mother, a woman of great learning and Islamic awareness. His father Ismail was also an Islamic teacher of piety and learning but he died when the Imam was little.

As he forayed into his study, research and collection of Hadith, Imam Bukhari studied in the schools of Hadith led by the greatest teachers of his era. Later, he himself became the teacher of the greatest scholars of his era. His final book of Hadith, known as al-jami us-Sahih, has been recognized around the world as a source book of Islam SECOND ONLY TO THE QU’RAN.

At that time Islam was a world power and the great and the powerful wanted to use the Qur’an and the Hadith to support their own version of Islam. The last of the SAHABA (companions of the Prophet) died in the year 110 after Hijrah. Hence the possibility of people misquoting the Prophet became very real.

Imam Bukhari understood that sponsorship by vested interests is detrimental to objective Islamic teachings. HENCE THE IMAM STAYED STRICTLY AWAY FROM THE POWER STRUCTURE. He was never a servant or courtier of any ruler, local, regional or national.

Secondly, IMAM BUKHARI AVOIDED USING HIS KNOWLEDGE TO ENRICH HIMSELF. Like Allama Iqbal in our own times, he seemed to have lived in the light of a (not so well authenticated) hadith of the Prophet that:

“Poverty is my pride.” This is a self-imposed poverty for the sake of independence and openness to all ways of thinking beyond the “party line.”

He would earn his living by trade and as a merchant and then would give away his profits, thus returning to his meager means. On some of his journeys, he almost died of starvation rather than beg the local bigwigs for help.

In his research on Hadith, he set standards, which are stricter than any known even in our own times of immediate technologically available information. Some of these need to be mentioned here:

STANDARD FOR RESEARCH ON HADITH SET BY IMAM BUKHARI

1. Did a person who narrated Hadith from a Companion of the Prophet actually meet the Companion, and was that Companion with the Prophet in such-and-such incident?

2. What was the character of a narrator of Hadith?

4. Was the chain of narrators complete, had a missing link in it or was it fabricated?

5. Which Hadith are linked to which verses of the Qur’an?

6. Sometimes partisans can speak the truth. How does one accept Hadith from narrators who were Shi’ite, Khariji or pro-Caliph?

7. Honest collection of Hadith if objective rules apply but the content is not appealing. (Thus the Hadith literature is an uncensored account of how the SAHABA saw, heard and thought of the Prophet and his era. It leaves critical commentary to scholars and application/implementation to mujtahideen who use their reason to understand the Qur’an and the Hadith.)

Some people have been spreading doubts about Hadith. Goldziher and Schacht’s work against Hadith has been fed into missionary publications. From here some sincere but mislead Muslim scholars picked up the attack on Hadith. One important misled but sincere person was Ghulam Ahmed Pervez who wrote extensively against Hadith. Dr. Fazlur Rahman sincerely believed that the ISNAD or chains of narration of Hadith had been invented in the third century of Islam. His work gained popularity among western-educated Muslims till Dr. Azmi published his research which showed not only authenticity of ISNAD but also that Hadith was written down in every era of early Islam, starting with the time of the Prophet and the Sahaba.

Some misled sectarians believe that Bukhari’s Hadith narration was meant to help the Ummayed rulers who had, according to the sectarian line, “usurped the right of Hazrat Ali” to be the Caliph. This idea is totally absurd because Imam Bukhari was not alive during the entire Ummayad dynasty. The Umayyad’s ruled Rajab 60 hijri to zulhijjah 132 hijri and 4 years of turmoil after that. Imam Bukhari was born in 194. So he could not have been influenced by the political power of the “ruling Ummayads.”

There are others who see traces of Shi’ism in Imam Bukhari’s collection. These again are off the mark. The Abbasids established their regime in 136. When the greatest Abbasid, Haroon ar-Rasheed, began his rule, Imam Bukhari’s birth was still one year away. When the powerful Mammon ar-Rasheed was ruling, Imam Bukhari had just started his studies and had moved to Makkah, which was outside the Baghdad orbit of Abbasid influence.

Some misled people believe that most Hadith must have been false and hence Imam Bukhari selected so few out of “six million.” This idea is based on total lack of understanding of Hadith. In Hadith studies, not only the matan (the text) of what the Prophet said but also each chain of narration (sanad) of that hadith counts as one hadith. Thus the first text in Bukhari’s SAHIH:

“Actions shall be judged by intentions …” had 700 chains of narration; hence in Hadith literature that one text would count as 700 hadith.

Some people justify their own ignorance. They think that Imam Bukhari was a narrator of Hadith, which he was not. He was a researcher, compiler and collector.

Still others attack Imam Bukhari to INDIRECTLY ABUSE, INSULT and DISCREDIT the sahaba (again a sectarian hand is often at work here). How come Abu Huraira (Allah be pleased with him) narrated so many hadith? Didn’t he live in Ameer Muawiyyah’s palace? Etc. The life of the Prophet (pbuh) (other than what Imam Bukhari compiled) shows that Abu Huraira used to spend a maximum of his time listening to and collecting the teachings of the Prophet, memorizing and writing down, while others lived more “normal” lives.

Hazrat ‘Ayesha R.A., Abu Huraira and other mukassirin (those who have narrated many hadith of the Prophet), lived for far more years than some of the key figures among the Prophet’s companions. They were asked questions by newcomers who were flooding into Islam and hence taught much more. Other greats like Abu Bakr, Umar, Uthman, Ali (Allah be pleased with them) were not available to so many people after the Prophet died. The last three were assassinated. Hence owing to historical reasons, some narrators narrated more than others.

Ships of the desert: Courtesy: http://images.travelpod.com

Some readers among our westernized elites object to the pre-scientific and pre-“modern” lifestyle, which often appears in the Hadith literature including that of Imam Bukhari. The Prophet had to go out into the desert to urinate, etc. The Prophet bathed out of a bucket along with his wife (shocking! eh). The Prophet talked about women’s menses and women among his companions talked about Muslim’s duties related to sex and “private” life. On expeditions when food ran out, the Muslims had to decide whether to eat lizards. The Prophet had fine tastes but did not want his companions to starve. What happens if a fly falls into a bucket full of food or solid shortening? Worse, what if a rat falls in? Should the entire food supply be thrown away? (In a culture of scarcity).

Also many readers find Hadith irksome simply because they don’t want to study patiently. They rush to the assumption that the headlines provided by Imam Bukhari are also Hadith. Or they take it that the words of a Sahabi and the words of the Prophet are supposedly of equal value because they are in Sahih Bukhari.

Where Imam Bukhari provides a narration which shows the low esteem in which women were held at that time and then a narration from the blessed ‘Ayesha which shows the Prophet changing those attitudes with his authoritative words, our misled anti-Hadith people do not see the connection and consider it a “contradiction.” It applies to wartime lack of rules in those days (taking slaves, taking part-time mistresses, muta’, temporary marriage, etc.). The misled people see the narration about what used to happen and DO NOT SEE what the Prophet did to stop them and how he went about it stage by stage.

Scholarship of HADITH of course preceded Imam Bukhari and he was one of a galaxy of greats, even though the greatest. I am presenting Imam Bukhari because the misled people think they can destroy the entire corpus of Hadith by attacking Imam Bukhari.

I offer this article to the Ummah with all humility. If you like it, please distribute it. If you find errors, do let me know.

And Allah is the only One Who knows all