A great woman in Hadith.

AISHA R.A, (may Allah be pleased with her (r.a.), daughter of Abu Bakr, r.a, wife of Prophet Muhammad, pbuh. 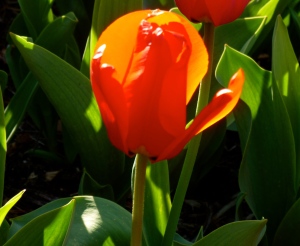 The anniversary of AISHA Siddiqa [r.a] was on Ramadan 17. Most Muslims do NOT remember this important date.

Their forgetfulness shows the significance of the gender problem in the minds of colonized Muslims.

‘Aisha, R.A., is one of the greatest Muslim woman in the history of Islam. Forgetting her means that our Islamic understanding is very fragmented and incomplete.

Here are a few points about her, which are available in authentic hadith:

1. Daughter of Abu Bakr, R.A., wife of the Muhammad Mustafa, pbuh, cherished and honored by both. The angel Gabriel brought her picture to Muhammad, pbuh, and this led to the marriage.

2. Greatest narrator of Hadith especially in the quality of Hadith about the life of the Prophet, pbuh, and among the top in number of Hadith transmitted.

3. Greatest Faqih in Islam. Even senior male sahaba sought her rulings on issues of Islamic Law.

5. Leader of Muslim men, particularly at the Battle of the Camel where her army included sahaba and reciters of the Qur’an.

6 Through her Allah Almighty gave women their rights.

6a. For instance, the Qur’an condemns men who gossip about women and who try character assassination if a Muslim woman is alone with a man.

6b. Through her, the stigma attached to menstruating women [perpetuated by Judaism] was clarified by the Qur’an [2:222]. Muhammad, pbuh, in Hadith, condemned this stigma. As opposed to the Jews, the Prophet, pbuh, taught men to show physical love for their menstruating wives, caress and kiss them, do everything short of actual intercourse.

6c. When she temporarily lost her necklace in the desert, Allah ordained tayammum [ablution for prayer without water], a great blessing because prayer ON TIME is obligatory.[4:43]

6d. Through her the Qur’an ordained that the woman’s CHOICE and CONSENT in marriage is essential even in the case of the Prophet, pbuh, himself.

7. The enemies of Islam attacked Aisha, r.a., and do so now, because she was wedded to the Prophet, pbuh, as a child. They don’t know that ‘Ayesha, r.a., accepted the Prophet, pbuh, when she grew up. She was his student and asked him key questions and thus became the Mother of the Believers. She lived for decades after the Prophet, pbuh, and spent her life in spreading the sublime message he had brought. People came from far away lands to listen to her. Her students, male and female, became leaders of Islamic thought.

8. She was the greatest orator of her time and an excellent poet and genealogist. During her campaign against the murderers of Usman, R.A., she spoke in public on 24 consecutive days and helped many supporters of the killers to repent.

9. All the Sahaba [Companions] of Muhammad, pbuh, were people of great piety and worship of Allah and diligent in helping the needy and the downtrodden, but even among them she stands out as extraordinary.

10. Prophet Muhammad, pbuh, died with his head in her lap after having asked the rest of his large family to let him spend his last days in her room.

Dear Muslims, wake up and recognize the Mother of the Believers. Islam is not male oriented. It is from Allah and Allah loves those who have Taqwa, regardless of gender.