Allah Subhanawataala defines who will be in the company of the person who obeys Allah and His Messenger Prophet Muhammad peace and blessings be upon him:

All who obey Allah and the messenger are in the company of those on whom is the Grace of Allah,- of the prophets (who teach), the sincere (lovers of Truth), the witnesses (who testify), and the Righteous (who do good): Ah! what a beautiful fellowship!

THE SEVEN BEAUTIFUL RECITATIONS FOR MEN AND WOMEN

Allah’s Apostle said, “Gabriel recited the Qur’an to me in one way. Then I requested him (to read it in another way), and continued asking him to recite it in other ways, and he recited it in several ways till he ultimately recited it in seven different ways.”

WHO IS SUPERIOR IN ISLAM? MEN OR WOMEN?

Muslim girls offer prayers before having their Iftar (fast-breaking) meal during the holy month of Ramadan at a madrasa on the outskirts of Jammu on August 21, 2010: Courtesy: http://www.boston.com/bigpicture/2010/08/ramadan_2010.html

All through the Quran it is clear when taken in true contextual reference that gender is NOT the criterion for merit in Islam.

Men and women are enjoined with the same prayers and to stay away from the same things and both men and women if obedient and God fearing and God conscious are promised beautiful rewards in the gardens of Jannah.

At a practical level for instance, if a woman knows more Qur’an than a man, there is no Islamic basis for saying that we will not listen to her because she is a woman and that we will listen to a man even if he is a fool.

WHAT DOES ALLAH (SWT) SAY IN THE QURAN ABOUT MERIT & SUPERIORITY?

* The Qur’an makes it very clear that it bases merit and superiority on Faith-based BEHAVIOR, rather than on gender. Here are the relevant quotes:

Is the Qur’an a source of guidance relating to men or to women? That question is not relevant because the Qur’an says about itself:

“This is the Book in which is no doubt, a Guidance sure for THOSE WHO HAVE TAQWA.” [The Qur’an 2:2]

Taqwa is translated as conduct/piety/virtue based on fear and consciousness of Allah. It is not limited to either gender.

* All the forms of Islamic worship are similarly related to TAQWA and not to gender. Let us take one of the most important: Fasting in the month of Ramadan. The Qur’an states its purpose in these words:

Thus, as the Prophet, pbuh, explained in Hadith, fasting is mere hunger if it does not change behavior and brings about patience and self-restraint [various forms of taqwa.]

“O people! We created you from male and female and made you into nations and tribes, that ye may know each other [not that ye may despise each other.] Surely the noblest/best of you with Allah is the one who is best in conduct [has the most taqwa] among you. And Allah has full knowledge and is well acquainted [with all things].” [49:13]

Allah Subhanawataala has leveled the playing field in the Quran with TAQWA as the goal and the source of determining merit in a human being irrespective of gender.

Thus, we Muslims must not let the opposing forces trap us into a debate about male and female superiority and inferiority.

Dua: O Allah allow us to see truth as truth and falsehood as falsehood………

WHO PROTECTS THE HADITH? THE MODEL PAR EXCELLENCE: PART THREE OF THREE 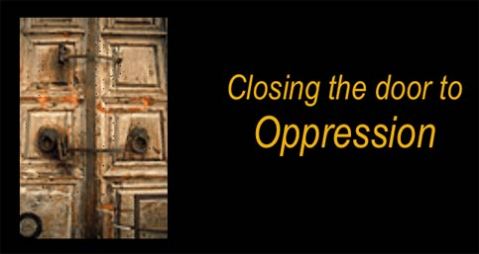 THE PATTERN of EXCELLENCE and THE ROLE MODEL for CHARACTER

The Qur’an gives Muslims the example of Muhammad (pbuh) as the pattern of excellence.

“Surely in the messenger of Allah, ye have the pattern of excellence for one whose hope is in Allah and the Last Day, and who does much ZIKR of Allah.” [33:21]

Allah reassures the Prophet (pbuh) and the believers who follow his example:

“And thou are endowed with an exalted standard of character (and morality).” [68:4]

All Muslims believe that the Qur’an’s teachings are for ALL time to come. Like yesterday and today, tomorrow too Muslims, following the Qur’an, will NEED to know that pattern of excellence of the messenger of Allah (pbuh). The same is true of the Prophet’s (pbuh), personal character and morality. Other than in hints and references, it is NOT given in the Qur’an. If ALLAH did not SAFEGUARD that pattern and that character, Muslims would not be able to follow these important teachings of the Qur’an.

In the HADITH, Allah has safeguarded both the pattern of excellence and the standard of character. How Muhammad (peace be on him) lived and died, how he prayed and fasted, how he fought and made peace, how he treated women and children, how he dealt with slavery and oppression, how he distributed wealth and transformed society, the SHARIA, the Law and its application …. Allah in the Hadith SAFEGUARDS all that. All that is part of Zikr of Muhammad (pbuh) and part of the LARGER ZIKR, which encompasses the Muslim’s entire life.

The Qur’an and the Hadith are intertwined and impossible to be cut off from each other.

They are actually saying NO to the ENTIRE ISLAMIC WAY of Life. They are denying Zikr of Allah and the Zikr of Muhammad (pbuh). They must be confronted and defeated on the battlefield of ideas.

I pray that Allah Subhanawataala accept this humble effort on my part and guide me to honor our Nabi and Rasool and fulfill my obligations in the Quran & Hadith. Ameen.

NAILA: A NARRATOR OF HADITH AND A DOCUMENTATION OF ONE WOMAN WITNESS 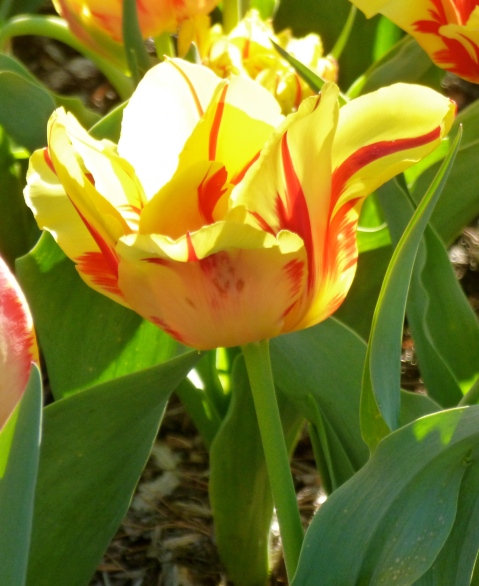 [This item is based on Ibn Asakir’s Tarikh ud-damishq.] One of the most charismatic women in the first Islamic generation after the sahaba was Naila, the daughter of Farafsa. She became famous when in the year 28 of the Hijra she married Usman ibn Affan, r.a.; the third rightly guided Caliph of Islam.

She was from a Christian family in Kufa but was educated in Islam by the greatest woman of Islam, Ayesha Siddiqa, r.a., from whom Naila learned Hadith. She also narrated Hadith from her illustrious husband, ‘Usman, r.a.

[Again this is evidence that Hadith was narrated in the FIRST century of Islam, not in the THIRD as the munkareen e hadith contend.]

In the year 35 hijri, Naila witnessed the tragic murder of her husband Usman, r.a. This great sahabi [companion] of the Prophet, pbuh., was the victim of sectarians who later came to be known as “Shi’as.”  These murderers were so cold-blooded; they cut down Usman, r.a., while he was reading the very Qur’an, which he had compiled. [The blood of Usman, r.a., trickled down to this verse of the Qur’an he was holding:

Naila grappled with the assailants but they were determined to kill the elderly Caliph. One of the assailants tore off Naila’s outer garment. At this an African slave whom Usman, r.a., had freed could not bear to see the emerging tragedy and rushed forward and killed the assailant who had grabbed Naila, only to pay with his own life. Then another assassin’s sword came down on Usman, r.a. Naila stopped it with her left hand and her fingers were cut off. The Caliph was martyred thus putting an end to the ideal era of Islamic excellence.

Weeks later, after her hand had healed, Naila, along with a large number of other virtuous women went to the mosque and addressed the people to shame them about their lack of resistance to the sectarians. She spoke at length and with amazing eloquence which mesmerized the crowd, reminding them of the high esteem in which the Prophet, pbuh, held Usman, r.a.

All the classical historians of Islam accept Naila’s narrative of the murder of Usman, r.a. At that time, Muslims did not think that ONE WOMAN’ AS A WITNESS cannot be accepted.

Also famous is the letter which Naila wrote to Ameer Muawiyya, r.a., reminding him of verse 9 of Suraal-Hujurat and chiding him for having failed to send timely help to Caliph Usman, r.a. The way she begins that letter is remarkable, with a calm assumption of equality: “From Naila, the daughter of al-Farafsa, to Muawiyya the son of Abu Sufian”.