ARE WOMEN IN MENSES TO BE SHUNNED? HADITH ANSWERS. 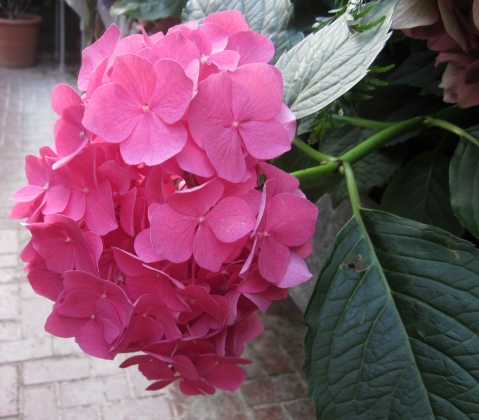 For centuries, women in various cultures were taught that when they menstruated, they were to be shunned and outcast. In some cultures, this idea of women’s inferiority owing to menstruation had religious sanction.

Prophet Muhammad, pbuh, taught that menstruation does not take away from women’s dignity, respect and equality in any way whatsoever. To end the old ideas, he taught that a woman could worship Allah in the same clothes in which she had menstruated as soon as the marks of menstruation had been washed off. This historic change in the thinking of women is reflected in a Hadith narrated by ‘Ayesha Siddiqa, the leader of Muslim women r.a. thus:

“Whenever anyone of us got her menses, she, on becoming clean, used to take hold of the blood spot and rub the blood off her garment, and pour water over it and wash that portion thoroughly and sprinkle water over the rest of the garment. After that she would pray in (with) it.”

Doesn’t the Qur’an 4:34 Put Men Above Women, Even Giving them the Right to Beat Women? 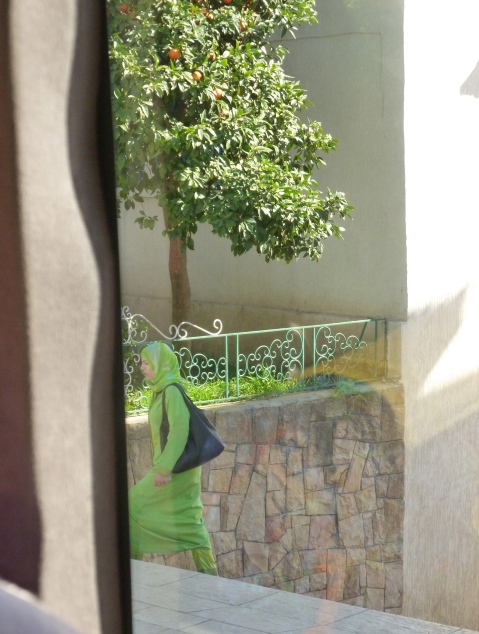 A street scene in a Morocco mountain town.

How to understand the Qur’an: Issues of Women’s Rights.

How do you reconcile your view on the wife’s obediance to verse 4:34 which deals with the light beating of the wife?

Some Muslims in our times have delinked the Qur’an from the Hadith which enshrines the life of the Prophet Muhammad (pbuh).

When these misled Muslims take the Qur’an, they take it one verse at a time and try to make the claim that in itself each verse is ultimate in meaning. Thus when they are faced with chapter 4 verse 34 of the Qur’an, we find Muslims taking these postures:

1. Some say the verse makes men the “rulers” of women.

2. They add that women must obey their husbands (be “qanitat.”)

3. They claim that if women display “nushuz” (rebellion) against the husband, then the husband can carry out a three stage withdrawal from the wife, resulting in him beating her (lightly) for her rebellion.

4. The commentary of this group gives the impression that women are the slaves of men.

These are the ‘modernist’ apologists who are reacting to the West’s attack on the Qur’an. They make weird efforts to twist the meaning of the verse to avoid its obvious meaning.

The Pervaizi sectarian types use the dictionary. They find that, Arabic being a versatile language, the word used for ‘beating’ can also mean having sex. So they grab hold of this straw to, in their thinking, save Islam from barbarism which Western writers accuse it of. For them 4:34 does not imply inequality at all.

[Some writers, who are not Pervaizi but also want to have “Qur’an alone,” like Amina Wadud, have worked hard on 4:34 to make it say what it obviously does not.]

The problem with the writings of this group is that it creates a “Qur’an” made in their own image according to which there is no issue of application or context. For them, there is no difference between war torn Afghanistan and an ‘Islamic’ conference in a Hilton Hotel.

In my book THE STRUGGLE OF MUSLIM WOMEN, I have demonstrated the original, Islamic method of understanding the Qur’an, which is through the Hadith.

THE QURAN WAS REVEALED IN PROGRESSION

My viewpoint is that the Qur’an was a PROGRESSIVE REVELATION. “Progressive” here means that it went from stage to stage.

The HADITH indicates and provides SOCIAL CONTEXT without which the Qur’an cannot be understood. I note in my book, for instance, that according to HADITH, 4:34 was revealed in the early period of Madina (Sahih of Bukhari, kitab al-Fadail).

That was a time when the Muslim community was not fully formulated and people coming into Islam, especially women, had to be disciplined to understand that they could no longer keep in touch with men they knew beforehand.

Sexual promiscuity was common in pre-Islamic Arab society. Also, on marriage, men would not take proper economic care of the wife. Hence the emphasis on this verse on men being “maintainers and providers” [qawwamun].

I also showed that the word NUSHUZ in 4:34 is not about the willfulness or rebellion of the wife but, as indicated by Hadith, sexual misconduct. It’s the kind of loose sexual behavior which can undermine a marriage.

As the Qur’an was revealed progressively, Sura 24 verses 6-10, do not indicate any right to physically discipline the wife. In fact these verses indicate that even where the husband is alleging adultery, he cannot do anything other than to take an oath.

The Hadith makes it clear to us that the Prophet (pbuh) forbade men to hit their wives. His SUNNAH, which is the model for all Muslims, shows, according to ‘Ayesha (r.a.), that he never raised his hand against any woman.

From Hadith, we know that the last verses on male-female relationships were 9:70-71 .

These verses state very clearly that BELIEVING MEN AND WOMEN are EACH OTHER’S GUARDIANS and PROTECTORS. [These verses do not say that men are guardians and protectors of the women.] Obviously, by the time Sura Tauba (chapter 9) was revealed, the Islamic community led by the Prophet (pbuh) had reached its perfection, which of course we know from Hadith.

Those who have a static view of the Qur’an tie themselves into knots by applying the “Qur’an only” method to 4:34 (of course in the process adding the Arabic dictionary while leaving out the Hadith).